Harry Schneider currently resides in Portland, Oregon. After growing up in town, Harry continued his formal education at University of Oregon in Eugene, Oregon. He finished up with his MFA in Print Media at Pacific College of Northwest Art in Portland in the Spring of 2016. He currently works for Mullowney Printing in San Fransisco, CA doing contract printing.

Harry lived in Nashville in 2010 working as an Intern for Hatch Show Print making music posters. He has also lived Colorado enjoying a winter season working as a ski lift operator. His affinity for the Pacific Northwest and his connections to family and friends continue his desire to maintain residence in Portland.

Harry was a Graphic Designer for West Coast Bank from 2011 to 2012, primarily working in text based layout and pre-press configurations. He still continues to do freelance graphic design work from artwork to layout.

Harry owns and operates a Vandercook 325A and a Chandler & Price 8 x 10 platten press out of his garage in Southeast Portland. 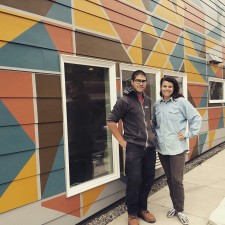 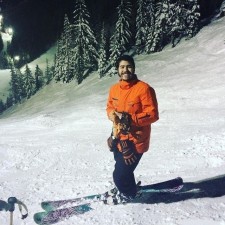